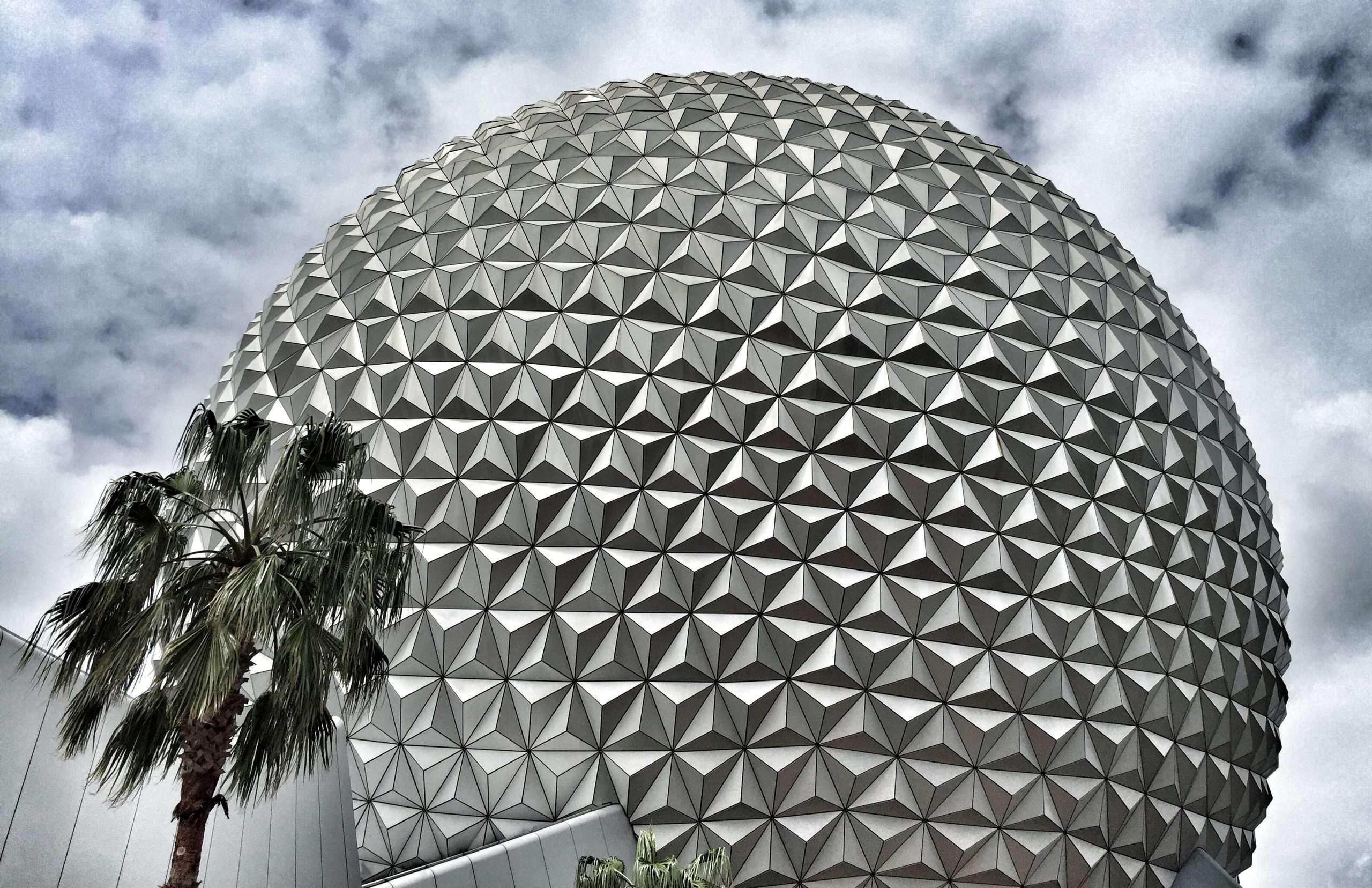 Back in October, I took my second plunge into a Walt Disney World trip with my daughters.  My goal with this trip was to experience Disney for myself, as an adult, and with my older children before they became adults.  Rewind back to five years ago and I found myself on a spontaneous, Spring Break road trip to Disney in 4 days with my bestie and our three kiddos (ages 9, 8, and 5 at the time).

I could literally write an entire blog post on our 2013 Walt Disney World trip and it would include humorous, frightening, and exciting stories of 40+ hours on the road, getting scammed, receiving kisses from a prince, and witnessing a public shooting at 1 am.  Ekk, yeah – the stories I could tell! But, with the frightening stuff set aside, the Disney part really was magical and if I could have changed anything it would have been MANY more days at the parks rather than less than 24 hours. Ahh, but that’s for another day and another blog post!

Moving on.  Fall of 2017, I started planning our Disney trip months in advance with an entire 5 days in mind.  I was pinning all the best “things to do with teens” on Pinterest, stalking all the travel forums/blogs and getting advice from other families.  When it came down to this type of planning I got so overwhelmed I decided to scrap it all, start over, and “wing it.” This route seemed to work the best in keeping the stress to a minimum. In this post, I’m going to talk about our Disney World adventure and how we rocked it out in my two days.

We were gifted four Disney tickets, what a blessing! (This is not an affiliate post, when I say gifted I mean it was like a present from friends).  All I needed was to find a way down to Florida and a place to stay. So, I was planning a non-package Disney vacation for three of us. Just plain ole non-fancy Disney visitors without a “package.”  I felt like this alienated us a bit from 80% of other Disney visitors but it really does works well for families on a budget planning to visit Disney parks for just a day or few.

-->  Top Fredricksburg, Virginia Places to Visit in a Day!

I purchased two additional Disney tickets for $114 each off of the Disney website.  We had six tickets to work with total, three of them were “1-Day Regular Tickets with Park Hopper Option,” this meant that we could use access ALL parks as much as we wanted within one day. This option is a little bit more expensive, costing about $50+/per ticket more than regular tickets, but gives you the flexibility to go to-and-fro all the parks on the same day. The other three were “1-Day Regular Tickets for Epcot, Disney’s Hollywood Studios or Disney’s Animal Kingdom,” this meant that we could choose one of those three parks to visit for the day.  The Animal Kingdom was the main focus (Pandora!) so we used the 1-Day Regular tickets for this park.  The hopper tickets were used to visit Epcot and Disney’s Hollywood Studios on another day.

I’ll be honest, we were a bit bored by Epcot. This worked well for use except that I wish we would have skipped Epcot and just did Hollywood Studios for the entire day!  Our Epcot adventure didn’t start off fantastic. We arrived during some hardcore rainfall and despite using ponchos (a must to pack), we were soaked & hot by 9 am on a 3000% humidity day. Even though the park opened at 9 am we had a goal of seeing the World Showcase but it didn’t open until 11 am!  Seeing that we were visiting two parks within one day we decided to scrap seeing the World Showcase (great for educational purposes too!), go on as many rides that were open as we could until lunchtime, and then head to Hollywood Studios.

We loved Project Tomorrow: Inventing the Wonders of the future (this is the ride in the Epcot dome), it was one of our favorites and well worth the very short 20-minute wait!  Our other two favorites were RELAUNCHED! Mission: Space and Chevrolet Test Track (my favorite!). Warning: Test Track was over an hour long wait! Get a Fass Past if you can (read all about how Fast Passes work here).

We took a lunch break after Epcot and headed to Disney Springs around 1 pm.  Disney Spring atmosphere was fun and photo-tastic! Lots of photo ops and things to see, the stores were okay but we were budget traveling so no shopping for us!  Our destination was Planet Hollywood with a lunch-hour goal of fewer crowds, no waits, and faster-arriving food. We scored on all of those goals and were on the road headed to Hollywood Studios by 3 pm.

Tip: We paid the $20 for parking for the entire day, this included parking at ALL parks.  Driving there and parking was the best scenario for us being “non-package” Disney visitors and allowed us the flexibility to leave whenever we wanted without stressing about missing a tram or bus.  Plus, we packed extra snacks and drinks to keep in the car for in enjoy in between parks and breaks.

Hollywood Studios was the highlight of our day!  It was definitely a favorite for the teens and ride lovers.  Upon arriving customer service aided in difficulty scanning the passes, so after a quick fix  (the best service out of all the parks), we were issued extra fast passes for the inconvenience.

Somehow I was talked into going on the Twilight Zone Tower of Terror, as the kids were insistent on this.  I was not so thrilled but they talked me into it. If you have a fear of heights, get motion sickness, or have any health problems I do not recommend this ride.  However, my kids raved about it – it was their favorite ride! I’m not sure how I get talked into these things. The Star Wars Adventure Continues and Launch Bay were more right up my alley.

Other personal teen and adults favorites were the Aerosmith Rock ‘n’ Roller Coaster, Indiana Jones Epic Stunt Spectacular, and ending our night with the Star Wars Galactic Spectacular (so cool)!

I also bribed the teens into a photo op with Mickey and Minnie for making me going on the Tower of Terror with them. It was my highlight of Hollywood Studios with a “shorter” wait time of 30 minutes to see the duo and the least favorite of the teens (“so embarrassing, mom!”), at least they smiled for a photo!

Day 2 started bright and early with a trip to Disney’s Animal Kingdom’s Starbucks, we knew we were gonna need that java to prep us for the long waits at Pandora.  Plus, they had the shortest lines for bathrooms. Before even 9 am visitors were already filling the park.  Crazy waits (even with Fast Passes) were the norm for the Avatar Flights of Passage and the Na’vi River Journey with estimates of 2-3 hour waits.  Yikes! But we were crazy enough to do it. (Remember, they allow you to bring your own snacks into the park which is a must for those waits!). The almost 3 hours estimated wait for Avatar Flights of Passage ended up being 1 hour and 30 minutes, but it was so worth it!

After that, we were just in time for our Fast Pass to start for the River Journey – which only ended up being a 10-minute wait!  Check out It’s Tough to Be a Bug (not recommended for younger children because of scary effects), The Tree of Life, Kali River Rapids (I got soaking wet!), Kilimanjaro Safaris, Maharajah Jungle Trek, and the Wildlife Express Train.  All personal favorites!  Honestly, this park is so lovely to the eye that I could have spent the day just strolling and browsing. Exhausted by 4 pm with a full day’s worth of park time to end our Disney adventure!

We didn’t get to see everything at the parks but we made the best out of all the rides and shows we knew we’d want to see ahead of time.  Stay tuned for more posts on our trip to Florida which will include travel tips on flights, where we stayed, and things to do outside of Disney!