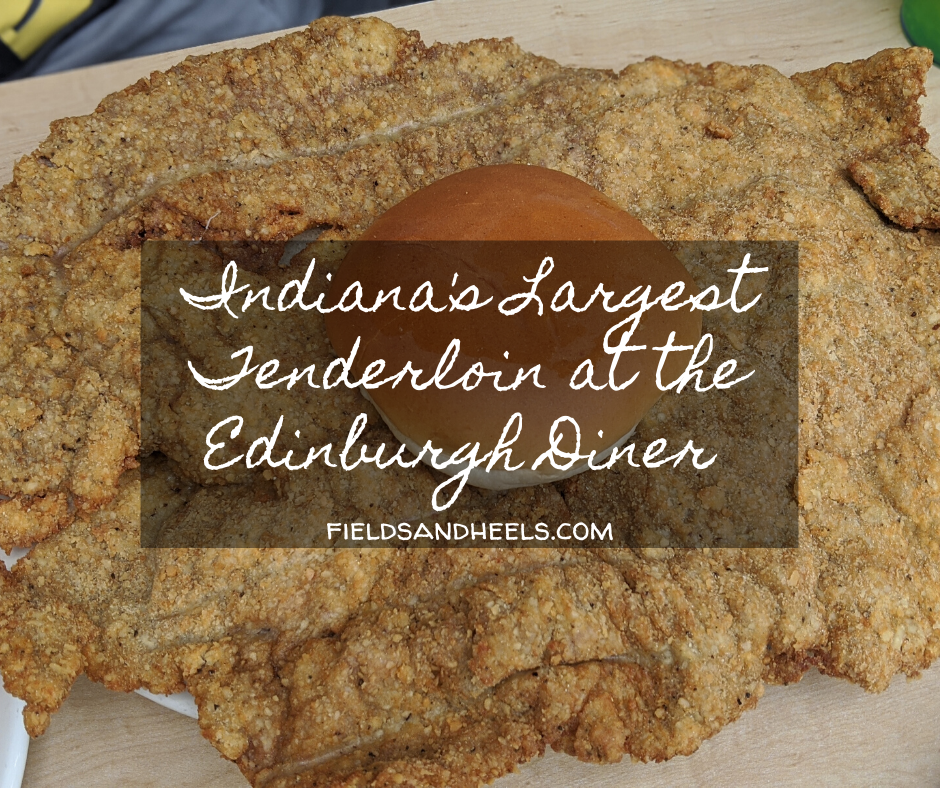 Being a Hoosier {that what we call those from Indiana}, I’ve eaten a few tenderloins in my day. After all, it IS what Indiana is known for. For those of you unfamiliar with tenderloins {yes, those people do exist and I used to be one of them!}, it is simply a breaded and fried pork cutlet sandwiched between buns with a few condiments.

Disclaimer: Blog posts contain affiliate links. When you click on these links I earn a small commission that helps keep this blog running and support my family. If you have any questions, feel free to read my disclaimer and privacy policy. Thank you!

Why is Indiana known for its tenderloins?

Legend says the tenderloin was first created and became famous from Nick’s Kitchen in Huntington, Indiana {which is still in operation}. In 1904, when there was plenty of pork available. Is this story true? That’s debatable! I’m not sure anyone really knows how the tenderloin originated in Indiana. And although you can find tenderloins all over the Midwest, Indiana is known for having some of the best!

Now, you can really get a Hoosier going on the topic of tenderloins. In fact, lots of debates could be had on who makes the biggest and best tenderloin. But, I’ve never laid eyes on a tenderloin as big as the one served at the Edinburgh Diner.

-->  An Ohio island & Lake Erie getaway in the Midwest!

Located in Edinburgh, Indiana, not far from Interstate 65 or the well-known Edinburgh Premium Outlets, is the Edinburgh Diner. It’s not much of a looker and definitely lives up to its name – a diner. It’s a dive – full of good food, happy bellies, and friendly staff. The building looks as though it was once a fast-food restaurant. Seating is limited, but we were immediately seated around the lunch hour.

Upon entering I could tell this was not only a popular place to those on Yelp or Google, but to the locals as well. Most of the people dining around us were locals. You could just tell, the way they greeted others they knew or ordered food without even looking at the menu. Any many of them were there for the tenderloins. Do you know what that tells me? Even the locals are showing up for their tenderloins – not only are they great looking, but they taste good too!

Seeing the enormous tenderloin photographs floating around social media are what piqued my interest. I’m a foodie AND I live in Indiana. Of course, I had to try this place! And get that Instagramable photo with the tenderloin. It was a necessity!

And the staff at Edinburgh Diner are some of the friendliest around. Our waitress was very patient with all our touristy questions and provided excellent service.

Our meal at Edinburgh Diner included onions rings (also recommended!) and a Large Tenderloin (that we split). Honestly, it’s big enough for four people! The Large Tenderloin comes with a bun, pickles, lettuce, tomato, and fries for $9.99. {I recommend the mayo as well} For an extra buck, you can get a bun and extra toppings for less than a dollar! Sharing is allowed and, honestly, I recommend it or getting a doggie bag for leftovers. With two of us, we still ended up taking half of the tenderloin home.

However, it is worth saving some room for those onion rings too {don’t forget to order some as an appetizer!}.

Along with the tenderloin, the Edinburgh Diner has a pretty extensive menu! They also serve up burgers, sandwiches, breakfast (served all day), and many other entrees.

The Edinburgh Diner doesn’t have a website, but they do have a Facebook page! They are open Monday-Saturday from 8 am – 8 pm and Sunday from 8 am – 2 pm. Spend a Day in Madison, Indiana

Sleep in a Train Car in Downtown Indianapolis